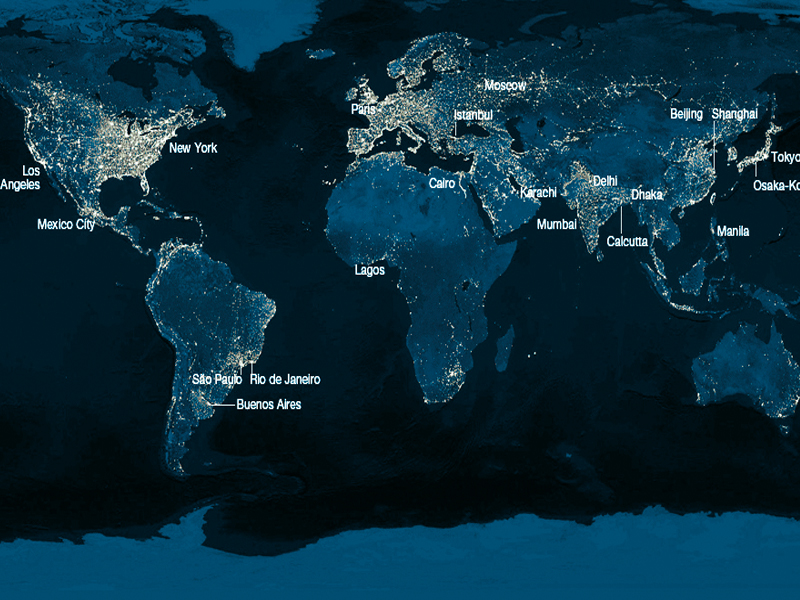 The constantly evolving world we live in continues to pose challenges to resources. In the age that the expiration date tag is ubiquitous, a strong question to businesses looms: Do we continue to do business as usual despite the early signals of a serious transformation of our resource pool?

Humans are wired to be architects, bringing changes to the world we live in, and shaping the geographical landscape of their habitats. The picture captured by NASA at night sheds lights not on how the world really looks in the darkness, but also presents a world map of human ingenuity of innovation and evolution as well as a map of a world divided into shades of grey. The twinkling illumination tells us the story of communication, transportation, consumption and business operation, where resources and infrastructure are leitmotifs. While still gazing at the sensational glory of human deeds, we move to another part of the world map where water, electricity and access become luxury. We could not simply press the pause button on the spinning-fast change of the world. The constantly evolving world we live in continues to pose challenges to resources. Both natural and man-inflicted occurrences such as climate change, urbanisation and demographic changes are forcing us to rethink how we utilise resources in the form of energy, food, water and human manpower and the current trends do not indicate convergence. In the age that the expiration date tag is ubiquitous, a strong question to businesses looms: Do we continue to do business as usual despite the early signals of a serious transformation of our resource pool?

Before we answer that question, let’s take a look at the megatrends of change that the world is currently experiencing, in the wake of an early 21st century’s outlook.

The world’s population is getting older, and the speed is accelerating. This is not a rare phenomenon happening in some random country, but it’s penetrating in all nations to different degrees and intensity, generating an epochal synchronisation of ageing as a common denominator of every country on earth. The ageing issue is slightly more visible in developed countries than the rest of the world. By 2030, half of the world’s population will be above 33 years old and most developed countries’ population will be above 40 years old (Megatrends, 2014).3 Ageing populations are the result of two influential factors, hence the increase in life expectancy and the inexorable plateau of fertility rates, which have been declining systematically in most OECD countries, since the 1980s. The percentage of older people (aged 65 plus) of the world population has hiked from 5.2% in 1950 to 7.6% in 2010, and is estimated to keep growing to 16.2% in 2050. Meanwhile, the situation for youth presents another story, with the percentage of youth in the total world population dropping from 34.1% in 1950 to 26.9% in 2010, to a forecasted 19.6% in the upcoming 2050. The only exception lies in Sub-Saharan Africa where its population will remain youthful for the next 3 decades at least. Even the Middle Kingdom, China, which used to be known to possess the competitive advantage of younger and cheap labour reservoir, will encounter an inconvenient truth of growing median population from the age of 35 in 2013 to 42 by 2030. This number is not far from the 44 years old median population the developed countries will have in 2030. The neighbouring country Japan with the oldest population in the world has been struggling in the presiding idea that older people are dependent and a burden on society, and the current innovation breakthroughs are indeed trying to feed to this specific demographic imbalance, with the rise of nursing robots and automated personal assistants. But the consequences of demographic changes are dire also for the economic angle. Indeed, this demographic change will require us to raise productivity to compensate for diminishing returns in the ratio between age, working years and productivity.

Governments may need to launch more open competition policies that will attract continuous investments to spur productivity growth, to balance the current outlook of its population and the prospects for the future. In fact, Japan has started taking innovative steps such as Long Term Care Insurance (LCTI), which has gained international attention and recognition in helping low-income elders without family support. Japan is also taking a lead in robotics to help rehabilitation where the difficulties have been seen in cost, training and acceptance.4 Soon if not now, most countries including China, will have to follow suit in implementing strategies that promote health, social engagement and productivity for the elderly ones. 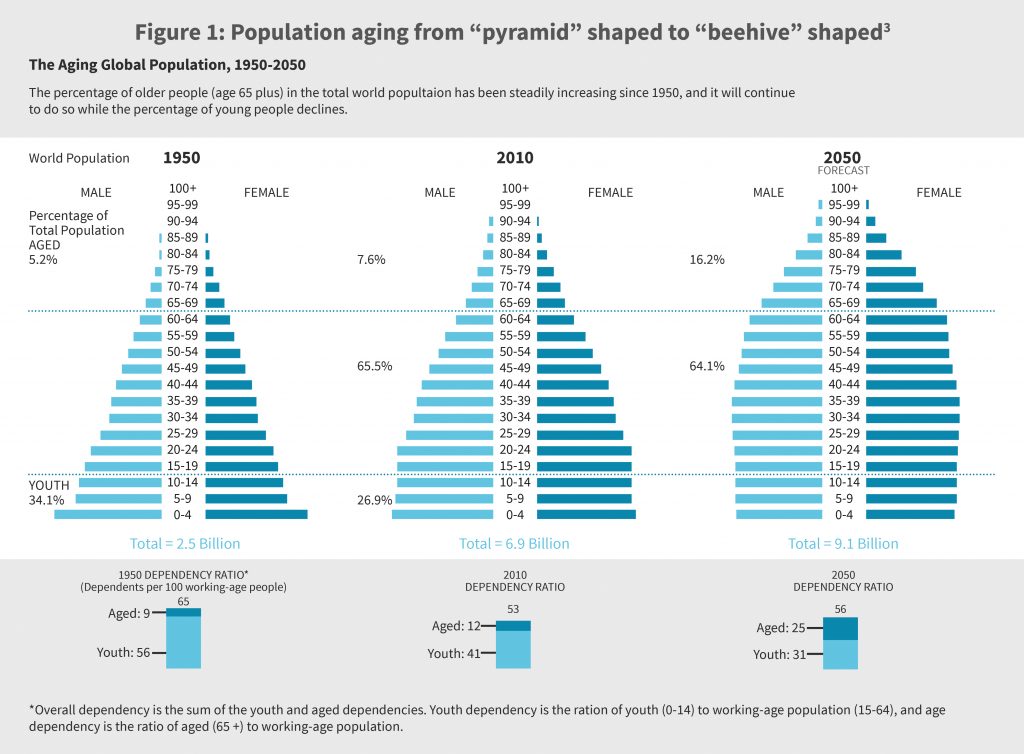 Dr. Mark Esposito is a Member of the Teaching Faculty at the Harvard University’s Division of Continuing Education, a Professor of Business and Economics at Grenoble School of Management in France, and a Senior Associate at the University of Cambridge-CISL and a Research Fellow at the Judge Business School in the United Kingdom. At Harvard, Mark teaches courses on Business, Government & Society and serves as Institutes Council Co-Leader, at the Microeconomics of Competitiveness program (MOC) developed at the Institute of Strategy and Competitiveness, at Harvard Business School. He is Founder and Director of the Lab-Center for Competitiveness, a think tank affiliated with the MOC network of Prof. Michael Porter at Harvard Business School. He serves on the board of directors of ABIS for the 2014–17 mandate. He has advised the President of the European Parliament, Martin Schulz, on the systemic nature of the EU crisis and serves as a cross-theme contributor to the World Economic Forum’s reports on Innovation Driven Entrepreneurship in Europe. Follow Mark on Twitter on @Exp_Mark.

Dr. Terence Tse is Associate Professor at ESCP Europe London campus and a Research Fellow at the Judge Business School in the UK. He is also Head of Competitiveness Studies at i7 Institute for Innovation and Competitiveness. He obtained his doctoral degree from the Judge Business School at the University of Cambridge. He has worked with mergers and acquisitions at Schroders and at Lazard Brothers in Montreal and New York. Terence has also worked as a consultant for Ernst & Young, and he has served as an independent consultant to a number of companies. In addition to frequent appearance in academic publications, he has published extensively on various topics of interests in newspapers around the world. He has been interviewed by television channels including CCTV, Channel 2 of Greece, France 24, and NHK. Follow Terence on @terencecmtse.

Lisa Xiong is a Candidate to the Executive Doctorate of Business Administration at Ecole des Ponts Business School. She works as Teaching Associate for business schools in Europe, UAE and China. As a Researcher, her research interests cover inequalities, Chinese economic development, entrepreneurship and open innovation. Lisa is a Linguist and Social Science Investigator. Her ability to navigate both the east and west cultures allowed her to serve different communities, enterprises and clients in different parts of the world. Lisa earned her Bachelor of Arts in English Literature at Jiangxi Normal University, and Master of International Business at Grenoble Graduate School of Business in Paris. 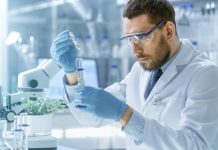 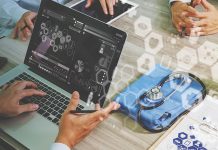 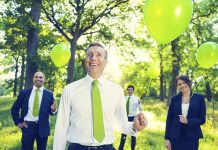 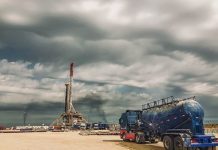