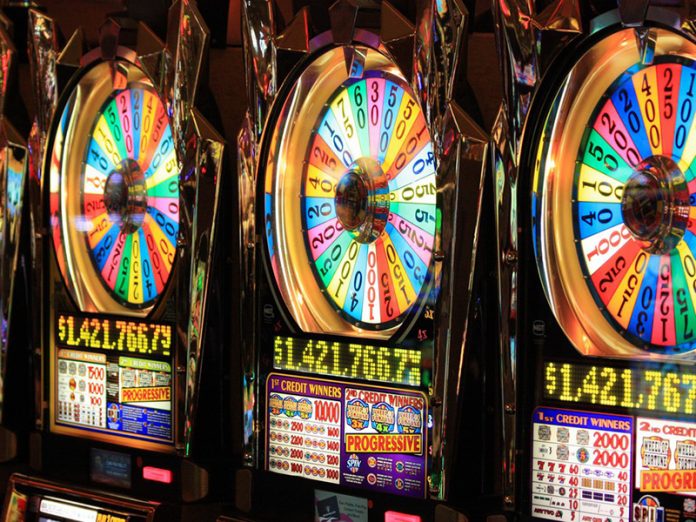 For those who are familiar with slot machines with jackpots, it won’t be a surprise to read that the most rewarding slot machines are the ones which make use of them.

For those people who are quite new to the casino world instead, this assertion will sound more appealing. It will be even more interesting when they get an explanation of how Slots UK Casino jackpots work.

Slots are divided into two main categories, those with jackpot and those without.

In turn, slots with jackpots are sub-divided into those with “fixed jackpots” and those with “progressive jackpots”.

In this article, we are going to explain the differences between fixed and progressive jackpots.

First of all, you need to understand what a jackpot is and how the player can win it.

When we talk about jackpots, we indicate a certain amount of money up to grab, which can vary based on the game.

This money is destinated to be won, sooner or later by one or more players.

Normally, it is several times bigger than a normal win that a player can hit.

Players, sometimes, are bound to follow restricting rules. If they want to compete for the Jackpot, such as betting the highest stake or similar things.

As we said, Jackpots are normally divided into two big categories, Classic and Progressive. There are a few differences between them and when players opt for one rather than another, they let their instinct guide them.

The main differences are that progressive jackpots grow little by little.

They can be won at any time, independently from the symbols and the moment of the game.

The player wins the money when a combination of numbers or symbols, randomly lands on the screen.

This combination is unrelated to the income the slot has made till that moment, or the number of players who have played at it. The longer it takes before someone wins the award, the higher it will be. Most of the progressive jackpots are truly life-changers.

Differently than progressive, normal or classic jackpots are a fixed amount of money.

The chance of hitting one or more than a single one depends on the volume of matches played as well as the amount of money bet by players belonging to that network.

The higher the number of players who play at that specific slot machine, the higher the chances of winning a Jackpot.

Classic jackpots are often more than one for every single game. There could be two, three or four.

The most common are the Mini, Midi, Major and Mega, and the name lets understand the differences in values.

What pushes people to prefer classic rather than progressive is completely subjective.

Trying to make an assumption.  When the booty up to grab is known to be quite high, it makes more sense for some people to play at that slot. For these people, this has more sense than betting on a potentially higher but uncertain booty.

As you can imagine, there are hundreds of slot machines which offer jackpots. All of them are valid and very appealing, but as it normally happens players tend to prefer one rather than another. Little by little, a few games emerge from the crowd and become popular.

One of the most appreciated ones is Mega Fortune by NetEnt. This slot offers three classic jackpots, called Rapid, Major and Mega. They are worth respectively £50, £5000 and £150000.

To access those awards, the player must first get three bonus symbols, then play with at a secondary game. At this stage, if lucky enough, he will finally hit one of the big rewards.

Now that you know what a Jackpot is, we can give you a list of the most appreciated slot machines which offer lavish rewards.  First of all, we need to add a few more details to better understand the meaning of progressive jackpots.

When we say progressive, we mean, a booty which grows during the time. This exponential rise is possible thanks to the peculiar network online casinos belong to.

A slot which offers progressive jackpot is like a door which brings you into a bank vault. There are thousands of these doors all around the world. Then it is easy to understand why the possible amount of money grows so big and so fast.

Here it is a list of the most appreciated machines which offer progressive jackpots.

The first on the list, both for appreciation and number of victories is Mega Moolah by Microgaming.  This is probably the most rewarding online casino game ever made. It has distributed gigantic wins. The highest registered so far is more than 20 million dollars in a single shot.

Hall of God, by NetEnt, is getting closer and closer to Mega Moolah. Think that the highest Jackpot is over 2 million euros. Based on statistics, this slot pays an average nest egg of 5.4 million euros every 5 months. Not bad at all.

Arabian Nights by NetEnt which has currently a jackpot of 1.2 million pounds. This game has given an average reward of 1.4 million pounds every 6 months.

Real-time gaming has released Aztecs Millions, a very classic slot machine, with 5 reels, 3 line and 25 pay lines. This has given a superb jackpot of over 3 million dollars.

Fruit Fiesta. Although it has given smaller rewards than other machines, it is one of the most rewarding ones considering the frequency of the payments. Released by Microgaming, this game is very simple and very rewarding at the same time.

Progressive jackpots are, out of doubt, life-changing games. Although slot passionate are still divided between classic and progressive jackpots, the number of these last ones keep growing and becoming popular. The reasons are quite obvious.