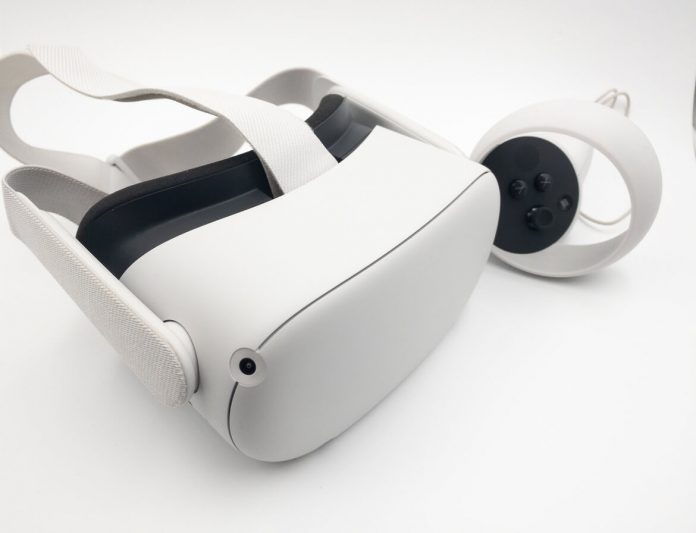 Despite the omnipresent silicon shortage, VR setups have never been more affordable. From pricey (and equally clunky) contraptions that take up a large amount of space, they’ve turned into accessible entertainment platforms that are incredibly easy to use. As long as you don’t mind looking a bit silly, you’ll have countless hours of fun!

Greatest Video Games to Show Off Your new VR Headset

Oculus Quest 2 is doing great, outselling even Sony’s PSVR. With that in mind, we compiled a list of games for it, as well as some options for other popular VR headsets so no one gets left behind. Here’s our list of games for a fun VR experience.

With titles like Guitar Hero and Rock Band under its belt, Harmonix definitely knows how to get players on their feet. Dance Central VR is just as fun as their other titles. If you’ve ever played Just Dance or Dance Dance Revolution, you’ll be right at home here.

Dance Central VR offers 32 songs and some remixes from the ’80s to the present day that are guaranteed to get you moving. It’s one of the most active games you’ll ever play. To make sure of it, Harmonix even included a fitness tracking feature to show you how many calories you’ve burned while playing.

Resident Evil 4 has been released more times and on more platforms than we can count. Still, the move to virtual reality provided players with a brand new way to experience this true horror classic. Everything you loved about RE4 is here, while the parts you weren’t crazy about have been cut.

The game moves into a first-person perspective and changes most QTEs (quick time events) into actions you have to complete by moving. Keep in mind you’ll need a good few attempts before you learn to reload your weapon without a panic attack.

This fan service spectacle from Games Workshop offers some memorable moments for die-hard franchise fans and those who never played it before. Firing your trusty bolter from the trenches, hanging out with the space marines, splitting enemies with your chainsword, fighting giant mech bosses – Battle Sister has it all!

The game also features a multiplayer component so you can join forces with friends or strangers. Some players complain about choppy online gameplay, but this issue is easy to fix with sisters of battle proxies. You’ll be able to cleanse cultists in the holy fire without lags and stutters!

While most games feel like quick VR ports, HL: Alyx is one of those few rare gems that plays like it wouldn’t work on any other platform. The game follows Alyx Vance, Gordon Freeman’s sidekick from HL2. You don’t really need to play the previous games, but refreshing your memory will definitely make you enjoy HL: Alyx more.

You’ll get access to an impressive roundup of weapons, armor, and gadgets like the gravity gloves, which offer interaction with everything around you. These interactions often get really creative and surprising. The moment you grab an incoming grenade for the first time and throw it back is nothing short of magical. Half-Life 3 may never come out, but this is definitely the next best thing.

If we had to sum it up in a single sentence, we’d say In Death: Unchained is a roguelike Dark Souls in VR. The story is not great, the gameplay is unforgiving, but this game will keep you coming back for more. The weapons you can use are limited to bows and arrows, but you’ll never get tired of them because they’re really satisfying to use.

While the original In Death came out for Oculus Rift and HTC Vive, Unchained is an exclusive remake for Oculus Quest 2. If you played the previous one, you’d probably notice some minor graphics downgrades, but the game features a few extra levels to make up for it.

This is just the tip of the iceberg. With the growing popularity of these headsets, more and more games are popping up, so we’re sure everyone can find something they’ll enjoy. It’s only a matter of time before you start seeing your favorite “classic” games like agar.io in VR form. While we wait, click here to learn about proxies and how they can help you level up while you’re playing your favorite VR title!