Innovation cycles run ever faster – with each of us experiencing ever more discontinuity. Anand Swaminathan and Jürgen Meffert, Senior Partners at McKinsey and Company and authors of DIGITAL @ SCALE:  The Playbook You Need To Transform Your Company, discuss the markets and technology of the digital age, examining and putting forward proposals on what is needed to successfully negotiate the upheavals of the future.

Jürgen Meffert: Many people feel unsettled by the rapid pace of change brought about by digitisation. To overcome these anxieties, it helps to understand a little of the context. Ever since the days of Adam Smith, the frameworks in which businesses trade have continued to evolve. The economist Nikolai Kondratiev was the first to describe the long waves in economic life that followed technical innovation – from steam power and railways to the automobile and information technology. New technologies always drive innovation cycles – the only difference being that today, those cycles are ever shorter with each innovation being overtaken by the next at exponentially increasing speed. The early industrial landscape delighted in progress: it saw how each new technology further liberated the individual – from physical work, from restrictive working hours, and from danger. Living standards blossomed for millions of people and life expectancy rapidly increased. People in today’s industrial nations live to almost twice the age as their ancestors a hundred years ago.

Anand Swaminathan: What are the consequences? Whereas in the past, an innovation cycle would span a generation, it is by no means unusual today for a generation to experience several innovation cycles. Upheaval has become the norm – and the trend is rising.

Jürgen Meffert: I’ve experienced it at first hand when we launched the first word processing computer at Nixdorf, which was set to replace the trusty old typeball typewriter. Barely had it been launched, however, than it was rendered obsolete by the introduction of the personal computer. The rapid spread of the PC changed the rules, and established completely new price points. A computer for every home was born – and very quickly, we found ourselves in the next S curve. Since then, the pace of development has intensified even more dramatically, and I find myself wondering what this will mean for the managers of the future and their education.

Anand Swaminathan: Managers in existing companies like linear ways of thinking. But that didn’t go too well in the past: whenever a new S curve appeared, technology was the trigger, and the traditional managers found they weren’t up to the challenge. The protagonists of each of these technologies would ring in the changes, heralding the age of the new S curve. Innovation cycles accelerate and discontinuities follow each other in ever greater succession. This is something Joseph Schumpeter recognised almost one hundred years ago, describing it as “creative destruction” in his book Capitalism, Socialism and Democracy. Such accelerated innovation also has an impact on the length of office of business leaders. It’s been radically reduced. 35% of all CEOs in S&P 500 listed companies had been in office for ten or more years in 1984 – this figure had fallen to just 15% in 2000. In 2009, CEOs on average remained at the top for just six years – and the trend is falling.

Jürgen Meffert: And the demise of business leaders has also seen many previously leading companies become irrelevant. Again, we just have to take a look at the S&P 500: in 1958, the companies listed on the index had been there for an average of 61 years; by 1980, the average time on the list had fallen to 25 years, and in 2011, it was just 18 years. Big names like Kodak, Radio Shack, Sears, and even the New York Times dropped out of the index. Once again, we see accelerating trends. The risers and fallers overtake each other in the index with increasing frequency – thus proving Schumpeter’s dictum of creative destruction: the old gives way to the new, the improved. Companies that lack the ability to translate innovation into new products, and which are unable to extricate themselves from their old ways of business, so steeped in emotion and tradition, will have no long-term future, and will fall by the wayside. Those that want to remain at the top must carefully manage the moments they launch new technologies. The latest research is working on ways to determine the best time for market entry – on the one hand, to prevent competitors stealing a decisive lead, and on the other to ensure the new technology is launched when customers are ready for it, and when its benefits will trigger strong demand.

Anand Swaminathan is a Senior Partner based in San Francisco and is a leader at the intersection of Digital McKinsey and McKinsey New Ventures. He helps companies across industries leverage technology and digital capabilities to evolve their operating models and transform their businesses to effectively serve their customers, while scaling operations efficiently. He focusses on the retail, high tech, finance, and infrastructure sectors.

Dr. Jürgen Meffert is a Senior Partner in the Düsseldorf office of McKinsey & Company. He is both the Director of the Global Digital Practice in the area of B2B, and founder of McKinsey’s initiative for SME growth companies. He advises global firms in the telecommunications, high-tech, and media industries, and has overseen extensive transformation programs in various fields: from growth and innovation strategies, marketing and sales, through to processes and organisation. 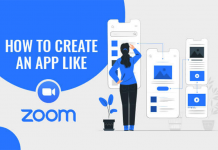 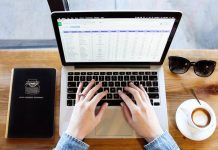 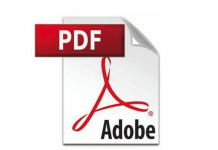 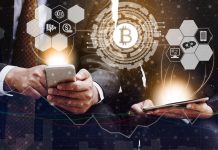 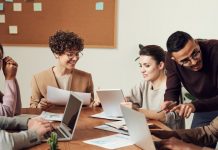