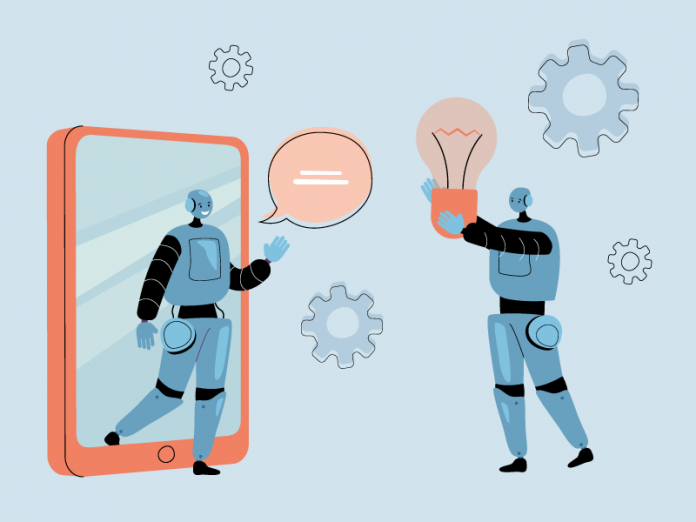 The “softwarisation” of our economies has continued unabated since Marc Andreessen’s note in its article in 2011 “Why software is eating the world” interview1 within the Wall Street Journal.

Along this softwarisation trend, major underlying changes have also been underway. Changes of high visibility include the simplification trend in hardware, the shift to cloud, or the rise of data. Another one is the significant increase in the use cases of SaaS. Today, a typical 100- 500 employees company in advanced economies may have more than 100 applications running on their IT budget, either on-premises or, (more and more), on the cloud; in fact some have calculated that for the firm benchmark above, the cost of SAAS per employee is today higher than the cost of a typical PC hardware.

But another more and more crucial trend is the rise of artificial intelligence2, that is becoming more and embedded as the key differentiator for firms to compete. Here is what we have observed:

Why AI is at a tipping point is based on the following observations:

One usual debate is that Artificial intelligence is not human intelligence. In fact, the computational power of our brain3 is estimated at between 1018-25 FLOPS, -and possibly below one peta (1015) FLOP) for simple activities- which could then suggest that super neuronal based computers can soon match the basic functional capacity of the human brain.” Assuming that computer cost keep the same decline of the past, or roughly a factor 10 every 4 years, some infer4 (but with high range of uncertainty) that the cost of matching basic brain functionality could cost less than 100 dollars a hour, in less than a decade.

Thus, the question of AI is not that it will replace us all soon from work – as economics are still complex, but rather that AI is now augmenting work abilities at increasingly better economics. The evidence there is getting exciting: academic evidence is now solid about the material differences in productivity between AI-patenting and AI-virgin firms. This difference in the range of 5% a year, is about two- to three-times what has been observed in past technologies5. Even better, recent studies suggest that the uplift in performance thanks to AI is especially favourable to small- and medium-sized enterprises6. 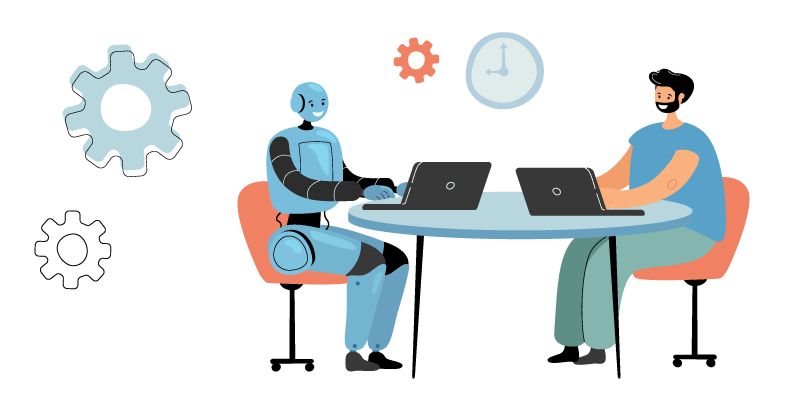 Second, the cost/performance of AI has significantly increased in the recent years. Consider, for instance, image recognition. Using ImageNet as a case study7, image detection has grown from 80% accuracy in 2015 to 99% today. That is a nearly perfect match and at least better than human eye. Meanwhile, machine learning training time has gone down from an average of about 6 minutes in Q4 of 2018 to less than one minute by Q1 2020. while the training cost for deep learning algorithms has decreased from more than $1,000 5 years ago to less than $10 today, — or a no-barrier for anyone willing to perform most models of predictive analytics in the enterprise.

One issue may be that those performance improvements may be applicable to more restrained hardware environments (think about how communication hardware have migrated from the large mainframe to laptops and now smartphones, and how new software will be embedded in miniature robots, or cameras/glasses). But there as well, the performance has continued to progress at large rate, more by 20% a year, by developing and integrating more innovative AI based accelerators.

A GPT is a Global Purpose Technology, or one that can affect all industries. In the recent past, most of successful AI cases were both concentrated in a few sectors, such as high-tech services or finance, -as well as in a few firms, such as the FAANgs.

There have been significant breakthroughs in healthcare and pharmaceuticals where they have had a dramatic effect on the economic structure of those sectors.

The last two years have made clear of the GPT power of AI. For instance, there have been significant breakthroughs in healthcare and pharmaceuticals where they have had a dramatic effect on the economic structure of those sectors. In healthcare, diagnostics and smart automation have the potential to stop the sector’s secular inflation in our economies without restricting access to services. In pharmaceuticals, it has proven to have a major impact on drug innovation8, let alone the time to market for vaccines.

AI is also being absorbed by many companies with success. Manufacturing.net9 reports how Nissan has been running an AI Predictive maintenance platform for RUL prognosis and managed to reduce unplanned downtime by half. Coca-Cola In Asia10 has reported gain of more than 1 point of market share in a few months time by using AI based assortment reallocation techniques from mobile pictures of stores shelves . Finally, AI is disruptive even to the FAANGs. In a sector like social media, ByTeDance successfully managed to enter and later dominate the global market for short videos, and this despite the prevalence of major players such as Facebook or Google’s YouTube.

At present, AI supply is concentrated with the US and China each counting about 30% of worldwide AI enterprises. Still AI is spreading as a industry opportunity elsewhere- taking Europe as an example, Europe has more high-value-added B2B and manufacturing assets, Europe also has a comparative advantage in robotics and automation (24% of patents and firms) as in AI services patents (22%). Finally, the European AI talent pool is not only growing strong but is already seen as a clear advantage in the eyes of AI-tech giants such as Google, Microsoft, or IBM, who have all invested in their AI-based laboratories in Europe. Currently, large, US, AI-based firms have located 20% of their centres in Europe11, for only about 1/3 in the US.

Large tech firms are indeed holding a large concentration of AI resources12 , but as it so happens AI start-up funding has continued to expand aggressively, while we calculate that, by last year, 20–25% of unicorns were AI-based start-ups. This is a remarkable multiple relative to the share of start-ups being created, bearing in mind that AI technologies only saw their major breakthrough 3 to 5 years ago, or less than the average time it takes for a company to become a unicorn.

Also, as not all companies will have the capabilities to build and manage their AI factories, a market is being built upon the delivery of automatic AI solutions. This market may hinge upon large, open-source libraries such as the Google-powered TensorFlow, but the market is also being served by a broad array of successful start-ups, like DataBricks, Snorkel, or H20.ai13.

At its most extreme, if AI is indeed pervasive and disruptive, can it also “eat” software, making a large part of software start-ups obsolete?One vision is the so-called “Software 2.0”, wherein data and neural network architecture machine learning models would replace human coding as the source code. But even if this trend is already somewhat visible, most Software 2.0 projects are yet to demonstrate consistent success. This is consistent with our claim earlier that AI is not there as substitute economics, but rather as complement- even in software making, AI will likely act more as a turbocharger of better software — e.g., by automating code generation for some modules, or automated debugging and intelligent testing.

Putting those changes together, we foresee a world where AI- based software will become mainstream, with cost/performance ratio that leads to significant productivity upside. But along a larger pie for our economies, comes a world of new competition, and new forms of organizations.

Digitization has boosted the world of start-ups; we just put evidence herebefore that AI is likely to scale this trend. Digitization has led to major disruptions; AI impact is likely to accelerate this dislocation: think about how AI is scaling the entire transformation of automotive, while digitization had barely affected industrial companies.

But digitization has also created new work types (who had known about SEO before Google), new business models (“platforms beat product”) and new darlings ( the FAANGs)—In those extensions, AI is on the verge to boost those evolutions too. With AI comes the need for larger cybersecurity, the evolution of enhanced automated workplace, and a new set of AI darling firms (Nvidia and others). We observe this evolution first hand in the Fortino portfolio. Take, for example, ReaQta, who specializes in Cybersecurity and named as a Gartner Cool Vendor14 for their innovative AI/Maching Learning approach. Or Oqton which got, recently acquired by 3D Systems15, and specifically build a AI-enhanced approach to manufacturing.

In general, AI is here to say, – and paraphrasing Julie Sweet, Chair and Chief Executive Officer of Accenture16, we also believe that in this world, “cloud is the enabler; data is the driver; and A.I. is the differentiator” of business value.

Duco Sickinghe founded Fortino Capital in December 2013 and has overseen Fortino’s growth to a recognized technology VC firm. Before Fortino, Duco was CEO of Telenet, INED of CME and is currently Chairman at KPN. Other positions Duco held are General Manager at Wolters Kluwer, founder of Software Direct, Product & Channel Manager at HP and VP Marketing & General Management at NeXT Computer; when he was exposed to Steve Jobs. He holds a degree in Civil and Commercial Law and obtained an MBA from Columbia Business School.

Jacques Bughin is a professor of Management, Chaire Gillet of Management Practice, at the Solvay Brussels School of Economics and Management at Université libre de Bruxelles (ULB), and among others, a former Director of McKinsey and of the McKinsey Global Institute. He advises Antler and Fortino Capital, two major VC/PE firms, and serves on the Board of multiple companies. 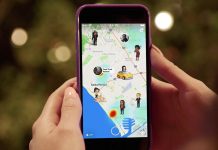 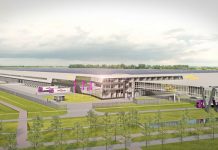