You can learn a lot about your favorite casino game by watching gambling films, whether it is craps, baccarat, roulette, or poker. There are plenty of excellent gambling movies to choose from, and you don’t have to look far either. There’s plenty to choose from. If you’re looking for a streaming site, you can stream those movies on 123 movies.

We now present to you a journey through some of the most impressive cinematic works connected to the world of gambling. Here’s a list of the best gambling movies of all time, which are definitely worth watching if you’re a fan of gambling.

Poker plays an important part in this movie, even if it isn’t the primary focus of the story. In an adaptation of this iconic Bond series, Daniel Graig plays the role of James Bond agent 007. By playing poker to thwart terrorist funds, he fights terrorists by fighting a foe he must defeat in a $10.000.000 buy-in tournament. There is action, beautiful women (especially Eva Green), and two and a half hours of fun in this movie! Not bad at all.

Described as the story of a woman who used to run high-stakes poker games with celebrities, businessmen, and professional poker players, the film was released in 2017.

In the movie, Jessica Chastain, Idris Elba, and Kevin Costner portray the Hollywood version of Bloom’s life, from her early days as an aspiring Olympian to her eventual downfall for organizing illegal poker games.

One of the most famous casino movies of all time is Ocean’s Eleven. This is a movie starring George Clooney, Brad Pitt, and Julia Roberts, but it takes place entirely in Las Vegas. Three casinos in Las Vegas are the targets of Danny Ocean’s crew. The action is filled with gambling sequences. The film begins with the main characters facing off at a poker table, and things only get worse from there.

You can enjoy Ocean’s Eleven regardless of whether you enjoy gambling or not. Featuring terrific acting, adrenaline-inducing action, and hilarious comedy, this is one of the best gambling films ever produced.

The gambler Richar Dreyfuss, who usually loses, wins every horse race bet he makes throughout the course of one day. In turn, this just motivates him to keep going, and while this could be disastrous in a movie like Uncut Gems, here it makes for a hilarious ’80s flick. In addition to Dreyfuss’s madness, Let It Ride features some great supporting performances from Teri Garr, Jennifer Tilly, and David Johansen.

In an entertaining twist on a true story (albeit embellished a bit by author Ben Mezrich), 21, turns a math and business story into a clever heist movie with a bunch of attractive young actors trying to take Kevin Spacey down. Before Spacey is kidnapped and beaten in a hotel room, it’s an interesting look at how smart gambling works. For a moment, at least.

Based on the popular TV series of the ’50s (and with James Garner as the lead), Maverick is too long and too stuffed with unnecessary Western scope by Richard Donner. However, the film still has its pleasures, not least the role of Jodie Foster, who has a blast playing the damsel-in-distress female sidekick role she’s previously avoided.

In this likable indie, the star, William H. Macy, plays a professional loser who makes it his job to ruin high rollers’ hot streaks by playing at the same craps table. The film starts out as a sad, lighthearted look at a recovering gambler owing Alec Baldwin’s tough-guy casino boss a lot of money. While he works his way out of what he owes by being a guy’s go-to “cooler,” a good woman (Maria Bello’s weary cocktail waitress) could change his luck.

Despite the fact that gambling is an extremely serious subject, The House offers a humorous story that will leave you laughing while following a supposedly ordinary American family through an endless journey.

The Johansens, a couple who lost their daughter’s college scholarship at the last minute, try to make it right by any means necessary with the help of Will Ferrell and Amy Poehler. Casino nights are thrown in their basement, and things get out of hand really fast.

The film centers on Jack, an aspiring writer who gets a croupier job to make ends meet.

But Jack soon finds that gambling is more than he bargained for, and it soon becomes the center of his life. Immediately, he becomes entangled in a web of lies and deceit that He cheated on his girlfriend and planned to rob the casino he works in. Despite the storyline’s excitement in itself, this picture is all about the characters. Among the best gambling movies you should watch, Croupier may be one of your favorites if you like finding out what the main characters are thinking and feeling. 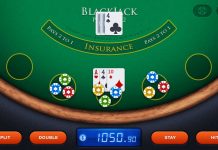 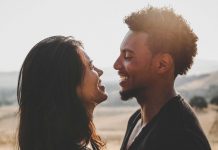 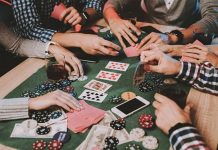 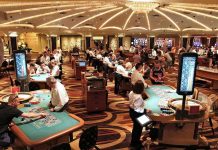 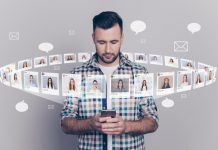 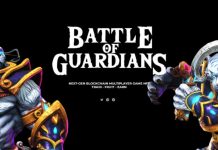 Creating a Unique and Fascinating App for Free

Dealing With Context in AI

Top Most In-Demand Automation Certifications to Earn In 2021