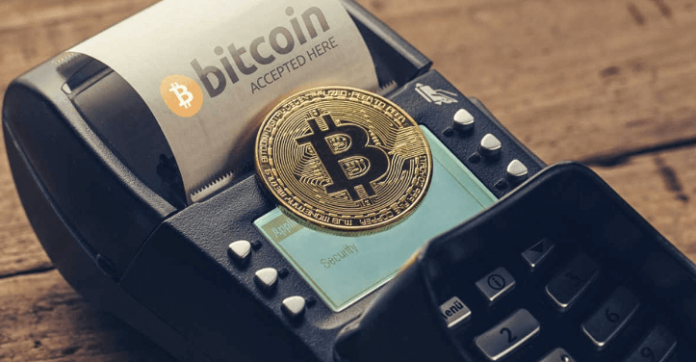 The widespread myth about cryptocurrency being a fraud, phishy source of making money no longer revolves in the market. Gone are the times when it was simply an asset to store and trade when the deal looks favorable to you. After the global acceptance and use of cryptocurrency in paying for literally everything, it has certainly gained a higher level of recognition and credibility.

Satoshi Nakamoto-the anonymous creator of Bitcoin was the first to introduce blockchain technology calling it a safe, reliable, efficient, and credible way to send and receive payments. But, who knew that this trillion-dollar crypto will soon be used as a convenient way to pay money from.

This replacement of traditional currency with digital currency was indeed an eye-opening matter for the financial markets. From the already existing e-commerce stores to just started small businesses, today everyone is looking forward to making a shift towards digital currency, especially bitcoin. It is the first, original, largest and profitable cryptocurrency that has shown a whopping increase in its price value which is $59, 398.2 at the present time.

Adopting bitcoin as a medium of exchange has not only relieved the daily stealing, missing, and damaging of paper notes and coins but also ensured that the money is sent to the right person at the desired time. Besides, here are some other amazing benefits of using bitcoin for paying so you get yourself free from all the hassle the traditional money offers.

Benefits of Paying Through Bitcoin.

Even the most ignorant people become vigilant and concerned when it comes to money transactions. Bitcoin uses a secure, safe, and completely transparent decentralized system that tracks your bitcoin movement and shows you at your computer screen 24/7.

This transparency is rare to find on any other exchange, especially when you have to pay someone internationally. Moreover, the system also takes care of the anonymity of the user and makes you ensure that the complete process from transaction to receiving is safe and not visible to anyone.

Bitcoin is also known as a peer-to-peer decentralized cryptocurrency system that allows online transactions without the interference of any middle party. This means that it is not operated or authorized by any other official authority but only works between the two parties that are involved in the sending and paying through this digital currency. It also doesn’t require any approval or is restricted to follow the rules and regulations of any government or similar authority.

We all are well-aware of the heavy fees and other costs associated with our all minor to major transactions. But, paying through bitcoin eliminates all the banking or other fees, occasional deposit, withdrawal costs, and other annual charges.

This means you neither have to make a specific account and spend hundreds of bucks to keep it running nor let anyone deduct fees from your money without even updating you. However, many incredible services like bitcoin equaliser software keep such exchange charges minimal or at bay.

Unlike traditional money that you have to carry in pockets every time you want to buy something, bitcoin doesn’t require much maintenance. Instead, paying through bitcoin allows you to make all the payments simply with a few clicks on your mobile phone on the solace of your home. With saving you from daily bank and ATM hassles, bitcoin is truly a savior to offer you quick, convenient, and easy to access payment systems.

Many renowned businesses like Tesla, PayPal, Microsoft, Subway, and Microsoft have started accepting payments through bitcoin further strengthening the credibility of cryptos all around the globe. To pay through bitcoin, you simply need a bitcoin wallet that can be downloaded free or with minimal payments from services.