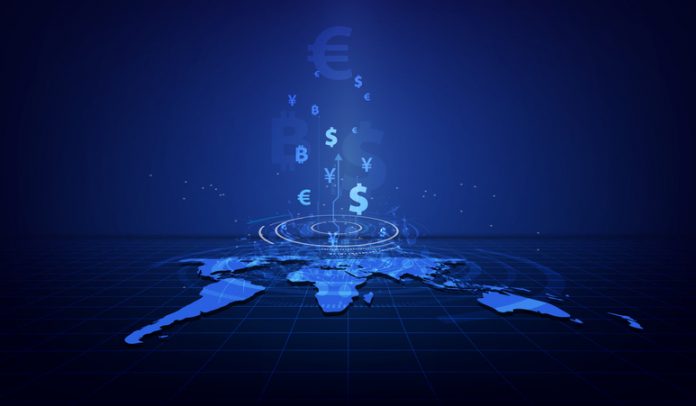 The digital coin market is growing by leaps and bounds.

The past year has seen a fresh surge in cryptocurrencies. With more and more companies exploring alternative payment options, it’s no wonder cryptocurrencies are at the top of their prospective lists. Companies are enabling payments via these digital assets or embracing the blockchain technology behind Bitcoin and others, creating a boon for some of the biggest cryptocurrencies. It’s all part of what has become known as DeFi, or decentralized finance. Imagine peer-to-peer networks that offer financial transactions, rather than a single authority like a central bank.

Before we get ahead of ourselves, let’s lay down the groundwork first. A cryptocurrency, broadly defined, is virtual or digital money that takes the form of tokens or “coins.” While some cryptocurrencies have ventured into the physical world with credit cards or other projects, the large majority of them still remain entirely intangible.

The “crypto” in cryptocurrencies refers to complicated cryptography that allows for the creation and processing of digital currencies and their transactions across decentralized systems. Alongside this important “crypto” feature of these currencies is a common commitment to decentralization; cryptocurrencies are typically developed as code by teams who build in mechanisms for issuance (often, although not always, through a process called “mining”) and other controls.

With all that said, here are some of the hottest coins out on the market today:

If Bitcoin is to gold, then Litecoin is to silver. This is the commonly passed around moniker attached to Litecoin, a peer-to-peer currency utilising a fully decentralized network with near-zero cost payments. Litecoin is also one of the biggest cryptocurrencies when measured by market cap.

It differs from Bitcoin by having faster transaction times and improved storage efficiency. Its more frequent block generation supports more transactions. This allows for faster confirmation times, which is how long it takes for the transaction to be confirmed by a miner.

Now, if Bitcoin is gold and Litecoin is silver, then the one currency constantly being branded as the people’s money is Dogecoin. Created in 2013 and based on a popular meme with a sceptical-looking Shiba Inu dog, the cryptocurrency has become a meme in and of itself. In the past year, a trader with perfect timing could have earned a roughly 20,000% return on the cryptocurrency. At its peak (so far), the coin had a market cap of around $92 billion, making it one of the biggest cryptocurrencies out there.

Dogecoin operates as another open-source, peer-to-peer digital asset. Among some of its uses: Its low price per coin made it attractive for online tipping and as a reward for filling out paid surveys. Elon Musk, one of the coin’s most vocal supporters, said this of the altcoin: “(Dogecoin is) arguably the most entertaining outcome, the most ironic outcome, would be that Dogecoin becomes the currency of Earth of the future.”

Most cryptocurrencies were designed by users, for users, with input from a peer-to-peer network. If any digital assets were designed to be corporate,  all hats would go off to XRP.  XRP and “Ripple” are often used interchangeably to refer to cryptocurrency. However, Ripple is the money transfer network, while XRP is the name of the actual token that was designed by Ripple Labs and first released in 2012. It runs on the XRP Ledger blockchain. The two should not be confused with one another.

XRP was created for speedy transactions, with its main goal being to compete with the relatively slow speed of the SWIFT banking processing system. Ripple boasts that it can settle transactions in three to five seconds.

One of the best examples of a stablecoin, as in its price being closely designed to mimic that of another currency, is Tether. This coin prices itself with the US dollar. It claims to have $1 in reserves for every coin it issues, meaning traders can convert their dollars to USDT and then trade them for other currencies. Launched in mid-2014 as a “Realcoin” and rebranded to its current name, Tether was built on top of Bitcoin’s blockchain but has since been updated to work on other blockchains including Ethereum.

The cryptocurrency is highly centralized, as Hong-Kong based company Tether International is responsible for matching up the dollars on the network to the total number of Tether coins. However, in the past, the company has not always held to a strict 1:1 ratio.

The one-liner for ADA is that it’s the leader in the third generation of cryptocurrency. Launched in 2017, Cardano is one of the few blockchains to not have a white paper. It uses proof-of-stake (PoS) technology on its decentralized platform. PoS is a lower energy alternative to PoW, and gives additional mining power to those that have more coins.

When comparing ADA to two of the other biggest cryptocurrencies on this list, it has a settlement layer similar to Bitcoin to keep track of transactions. It also has a computation layer similar to Ethereum enabling smart contracts and applications to run on the program.

While arriving a little later than the others, Cardano is widely acclaimed for its early embrace of proof-of-stake validation. This means that this method expedites the transaction time and decreases energy usage, taking care to make sure its environmental impact is less aggressive. This proprietary method removes the competitive, problem-solving aspect of transaction verification present in platforms like Bitcoin.

Cardano also works like Ethereum to enable smart contracts and decentralized applications, which are powered by ADA, its native coin.

Polkadot aims to create a cryptocurrency network that connects the various blockchains so they can work together seamlessly. Their ambitious vision has allowed them to change how cryptocurrencies are managed and have spurred impressive growth since Polkadot’s launch in 2020.

The Binance Coin is a form of cryptocurrency that you can use to trade and pay fees on Binance, one of the largest crypto exchanges in the world. Launched in 2017, Binance Coin has expanded past merely facilitating trades on their exchange platform. You can now use it for trading, payment processing or even booking travel arrangements.

Binance Coin can also be traded or exchanged for other forms of cryptocurrency, such as Ethereum or Bitcoin.

Stellar is an open blockchain network designed to provide enterprise solutions by connecting financial institutions for the purpose of large transactions. While major bank transactions can typically take several business days involving different intermediaries, Stellar makes it conveniently easy by wrapping everything up in record time with little to no intermediaries and cost little to nothing for the entire transaction.

While Stellar has positioned itself as an enterprise blockchain for institutional transactions, it is still an open blockchain that can be used by anyone. The system allows for cross-border transactions among any currency. Stellar’s native currency is Lumens (XLM).16 The network requires users to hold Lumens to be able to transact on the network.

UniFarm is a one-of-a-kind staking and farming protocol that allows users to farm multiple tokens by investing in just one. UniFarm uses a multi-token reward staking protocol that ensures the portfolio is automatically diversified and guarantees an APY of at least 36% up to 250%. As part of the mining pool, users can stake and multiply their tokens, in addition to earning other popular DeFi coins. UniFarm enables you to farm tokens in one place. Users no longer have to go on various platforms or exchanges to farm different tokens.”

As innovative of an idea is the concept of cryptocurrencies, at its roots lies financial liberation. This alternative means of finance has ushered in more than just the evolution of finance in itself, but altogether created a secure and inclusive space that caters to more socioeconomic backgrounds.