Artificial Intelligence is quickly taking over entire industries. Even programming itself seems threatened by it, but when it comes to board games like Chess and video games like Dota 2, we’re well beyond the point of no return. Of course, because audiences around the globe love seeing human players compete against each other, nobody really cares that AI can now crush the strongest players and teams in the world with ease. But the fact remains: MOBAs, which are some of the most sophisticated games ever created, have practically been conquered by a type of AI that needed nothing except play against itself for the equivalent of millennia.

Dota 2 is a highly complex game with somewhere around 1000 concepts to learn before you reach basic competency. In other games, at the 500-hour mark you’re already very good. But in Dota 2, by the time you’ve reached that point you probably barely know the rules and the heroes.

Because it’s such a complex game, Dota 2’s standard AI bots are extremely bad. Even on the highest level of difficulty, winning is child’s play if you know what you’re doing. But in 2017, OpenAI entered the scene with its own creation. This little monster was built using the same techniques that had been employed in creating AlphaGo and AlphaZero. This meant that the bot really didn’t need to know anything about Dota 2, except its rules.

It was called OpenAI Five and it initially learned to play 1v1. Then it got better and more versatile, being able to play a typical 5v5 match against the strongest teams in the world and win with ease. 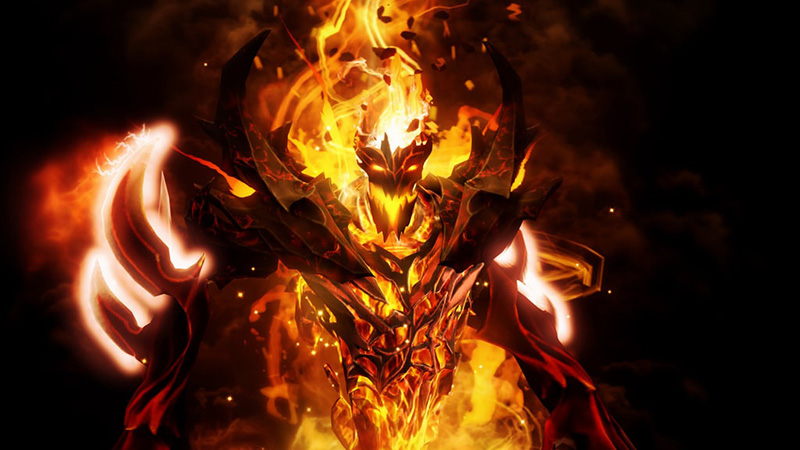 OpenAI Five is estimated to have at least 10,000 years of experience. Therefore, its ability to anticipate moves and to outplay its opponents is exceptionally high. This thing has seen a lot in its “life”. So if you ever bet on a Dota 2 match between OpenAI Five and a human team, you can be pretty sure that the AI will win.

The Great Challenges Posed By Dota 2 to Human Players

To play at the professional level, you need around 15,000 – 20,000 hours of solo practice plus many more hours of team practice. That takes years to build. It can take anywhere between 7 and 10 years in most cases, which is why most Dota 2 pros are in their twenties and even thirties.

In Dota 2, each hero has at least 4 abilities. A quick calculation makes you realize that a 5v5 match involves a clash between at least 40 elements, not to mention the dozens more that come from buying items. But even if they are 50 in total, the number is staggering. On top of that, Dota 2 has hundreds of items and over 120 heroes. This guarantees that each game is completely unique and provides numerous opportunities to make a play that results in gaining an advantage.

OpenAI’s bot, simply by having exponentially more experience than humans, has an enormous edge in both drafting and executing its strategies. It knows at all times where the weakness is, how to exploit it, how to defend itself against tactics, and much more. 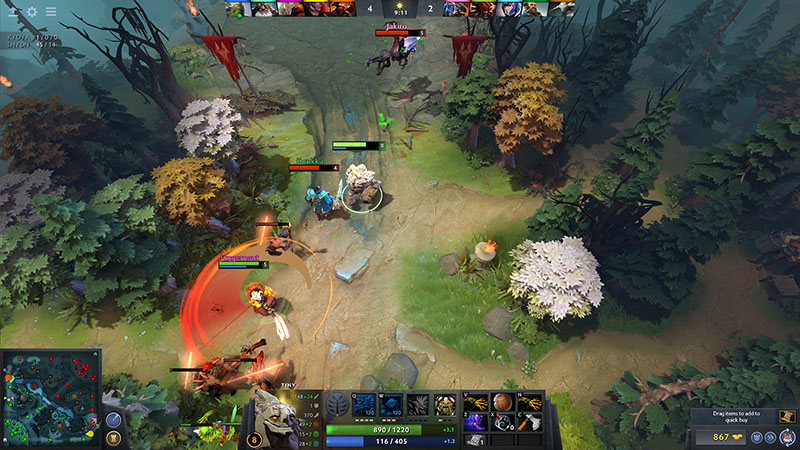 Another big advantage of OpenAI Five is that it has perfect synergy. Since all the heroes are played by one mind, this makes coordination effortless. At all times, everyone’s on the same page and works to achieve the same goal. By contrast, human teams need to communicate and be highly aware of what each player is doing. The process is never perfect and fatal mistakes can creep in.

The third advantage of AI in a match-up against humans is that it has the ability to calculate factors perfectly and is aware of all the important numbers at all times. This means that it knows exactly when it has enough damage to secure a kill and when it shouldn’t take a needless risk.

Implications For The Future

Just as chess players now train with AlphaZero to find flaws in their strategies, Dota 2 players might train in the future with OpenAI Five to discover new drafts and new ways of playing the game. In esports, the battle between humans and Artificial Intelligence has already been lost. So the only thing that remains from us is to learn from the best and hope that nobody will notice just how bad we are by comparison.